Day 2 was the day of reform, NUS needed to change how its business was done. Structures were complicated and not fit for purpose. The NUS Board devised a huge turnaround proposal to cut spending and keep NUS alive.

Delegates debated for 4 hours on all suggested amendments to the bill (15 of them) and came out the other side with a number of adjustments. Full Story here

National Executive Council was scrapped which I was happy to see go. This was a body of students holding council and making decisions and scrutinising full-time officers. If you haven’t heard of it, it is because it’s not effective, transparent or efficient. A new “Scrutiny Committee” replaced the NEC.

Overall the reforms are passed and NUS lives to see another day, the output overall will fall but let’s hope the work still reaches Greenwich and its students.

We also voted to keep the NUS Trans Campaign, Two Year Officers Terms and leaving space for more liberation officers if there is money for it.

We also voted on a number of motions for the Welfare and Education Zones, some highlights were the stance against islamaphobia and anti-semitism.

It was a long day of debate and we decided to get some well-earned food and rest. Joined by City SU VP Education and incoming president Tuna! 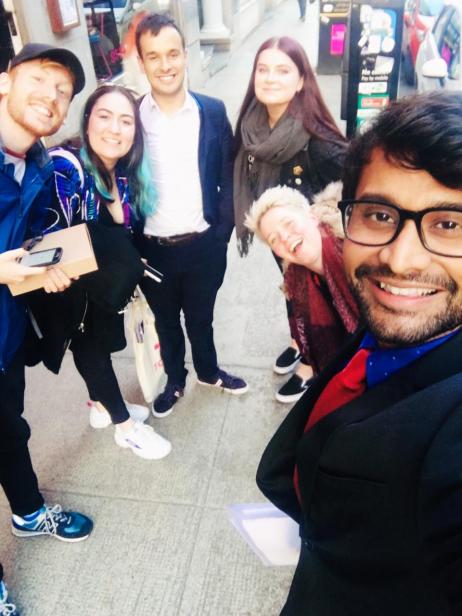 A student of the University of Greenwich, Born in South London, Raised in South Devon, Returned to South London. Interested by everything. Never to busy for a discussion. View more posts